You might have seen a recreation of von Guericke’s famous demonstration in which two teams of horses were unable to pull two hemispheres apart when the air between them had been pumped out 6 . These are known as Magdeburg hemispheres7 . The book also includes a description of the Magdeburg thermometer8 . As you can see Guericke worked the name of his home town Magdeburg9 in a lot, we’ll come back to that later 10

You can watch an informative video about all this online which includes a 1983 attempt in Boston to recreate von Geuricke’s experiment 11 . The experiment fails dramatically because one team of horses starts pulling too quickly, causing the vacuum to break. I’m a programmer so I can totally sympathize with the stress of doing a high stakes public demonstration. it’s good to remember that von Guericke was much more experienced with horses, living in 1663 instead of 1983, and had perfected this demonstration after plenty of trial and error, so when he gave it to the King of Prussia (talk about pressure!) it worked perfectly and he was awarded a pension for the rest of his life.

Von Guericke’s demonstrations eventually got his work noticed by Robert Boyle, who was inspired to look at air pressure and vacuums, which turned out really well for him because he is now known as one of the founders of modern chemistry and is famous for Boyle’s law - which says that we can calculate how much the air in this syringe will squish if we apply a known amount of force to the top of it, which turns out to be really useful.12

Robert Boyle was a very important person in the history of science, and one who bears a lot of responsibility for how it all went terribly wrong. Robert Boyle was born in Ireland to an English family who got rich by stealing land and resources from the Irish, and then when they ran out of Ireland, taking that strategy to the rest of the world13 ; Boyle was also a director of the East India Company14 , 15 . And, he helped kick off the justification of racism in scientific terms16 . So it’s not really a surprise that Boyle took an elitist attitude to science as well.

The book Brewing Science, Technology, and Print, 1700-1880 by James Sumner talks17 about how during that time, brewing beer was transformed from a domestic craft into a scientific industrial process. The book focuses in particular about writing about brewing, and one question is, who was allowed to write about brewing?

Robert Boyle was part of a faction within the Royal Society trying to boost that organization’s importance, and their argument was that “disinterested gentlemen, independent both intellectually and financially, are the only reliable revealers of natural knowledge”. This idea is developed in Steven Shapin’s book Social History of Truth18 and in the better-known book Leviathan and the Air Pump19 . Certainly, brewers couldn’t be trusted to write about brewing. They were clearly too burdened with all that practical knowledge built up by generations of informal experimentation. Experiments only count if they take place in an official laboratory setting by financially independent gentlemen. This has pretty much been the official line of institutional science right up to the present day, although it looks like there is finally some significant momentum for change.

Let’s get back to beer 20 . Traditionally in most of Europe, every housewife brewed her own beer for her family. As people lived in bigger villages, there were communal brewing facilities, and eventually, some people began to specialize in brewing beer for sale to the rest of the village. And in larger towns and then cities, brewing was more commonly professional and, eventually, industrial21 .

Because water wasn’t safe to drink, weak beer was an everyday drink for just about everybody. So, making beer could be a reliable way to make a decent living, or even to get rich if you lived in a big enough town. And one person who used beer to try to make money was Otto von Guericke. Guericke was born to a well off family but lost everything because of the other main reason that you might have heard of the town of Magdeburg. Magdeburg was completely destroyed and twenty thousand of the town’s twenty five thousand inhabitants were brutally killed in the siege of Magdeburg as part of the thirty years war. The phrase “Magdeburg Quarter” came to refer to the fact that no quarter was given to the civilians of Magdeburg. And the siege was one of the inspirations for Bertold Brecht’s Mother Courage and her Children22 .

Otto Guericke, who later in his life wrote about his scientific experiments and helped found chemistry, meteorology, and so much of the scientific knowledge which underlies the technology of the modern world, first wrote one of the best known accounts of the Siege23 .

“During such rage, this wonderful and great city, like a princess over the entire land, stood completely in flames amidst terrible misery, unspeakable distress, and heartbreak. “

Guericke would have been around 30 years old when, because of his engineering expertise, he was appointed to the reconstruction committee to rebuild Magdeburg from the ground up for its 5000 surviving citizens. Guericke would dedicate his life to rebuilding his city, serving as mayor alongside pursuing his scientific experiments. And Guericke started the rebuilding of his city and his family’s fortune by brewing beer.

I would love to know how much his practical brewery experience contributed to his later scientific discoveries, but certainly the interplay of temperature and ingredients, the practical skills which enabled him to build and maintain the brewery equipment, and the careful attention to minute details of process must have helped prepare him to build his Magdeburg hemispheres, Magdeburg thermometer, and conduct his Magdeburg experiments, and so to ensure that his town’s name is now forever linked with curiosity and innovation.

In January 1681, Guericke was almost 80 years old and left Magdeburg to avoid an outbreak of the bubonic plague24 . He would live another five years in happy retirement. Two months after he left, a baby was born in the rebuilt city of Magdeburg. One of the most prolific composers in history and a contemporary of Bach, Georg Telemann was born on March 14th25 . 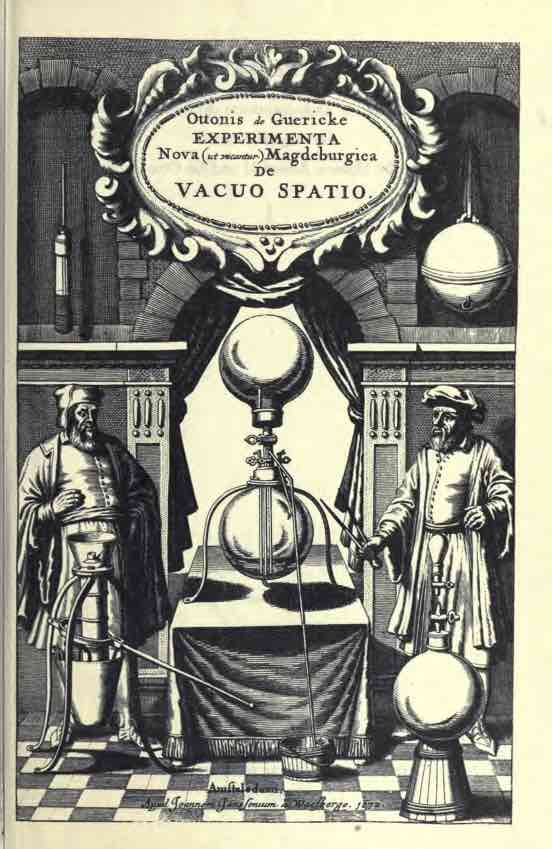 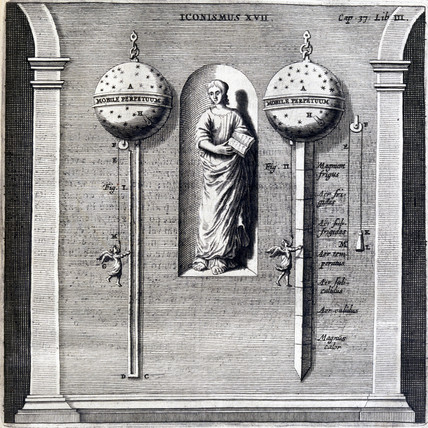